Polling Shows There Is No Flat Tax Coalition 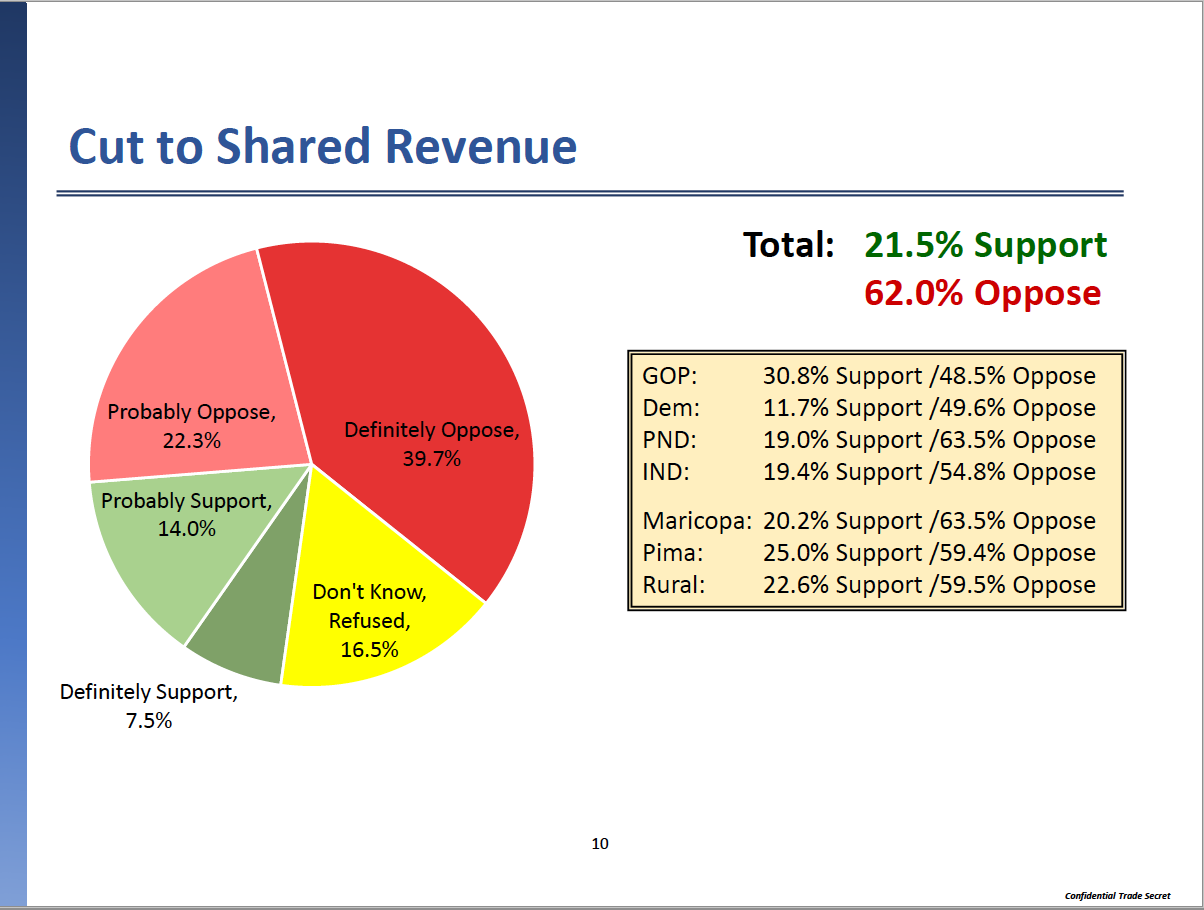 There are two fairly consistent truths that I have discovered in my more than decade of experience in public opinion research:  1) Local governments remain incredibly popular among the electorate; 2) No issue can survive without building a coalition of support.

On the first point, I have performed countless surveys where I find cities and towns (and for the most part, their local leaders) exceedingly popular and well liked by their voters.  This is especially true when you compare their numbers to the general direction of the state and the popularity of partisan elected officials.  It likely has to do with the fact that most Mayors are generally approachable, and the local governments provide the greatest number of daily services including public safety, garbage pickup, and other essential needs.

The second point is one we have made several times in the past – a single party does not a coalition make.  In fact, it was one of the main themes surrounding Chuck’s post from earlier this month.  For an issue to win, it must pick up significant support from the two parties as well as a clear majority of independent and unaffiliated voters.  It also helps if it splits support from the other major party – it’s the coalition that passed Medicaid restoration, marijuana, education funding and a wide variety of other policy issues.

Our latest survey demonstrates that the current budget proposal and the associated flat tax does not reach these thresholds.  Worse, it harms popular local government for the sake of cutting taxes which is an issue well down on the list of priorities among the electorate.  In all, it creates a recipe for some big cheers in the precinct committee meetings but puts you at a major disadvantage among the 2022 likely voters.  While it’s true that 2022 is supposed to be better for Republicans, issues like these tend to drive independents away causing more harm than benefit.  Here are the facts regarding our latest polling data from our friends at the League of Arizona Cities and Towns:

Likely voters oppose tax cut by 2 to one margin.

PHOENIX (May 25, 2021) – As the Arizona Legislature considers a state budget containing a 2.5% flat income tax proposal which would slash more than $1.9 billion from state revenue, a new statewide poll shows that voters prefer more investments in education and Arizona’s cities and towns.  The latest live caller poll conducted by HighGround Public Affairs demonstrates when given the choice between cutting taxes and investing more in schools and municipalities, likely voters choose the latter by more than a 2 to one margin.

“There is a false narrative that voters are clamoring for tax cuts.  Not only is it not true, but likely voters would much prefer continuing to invest in our schools and our local cities and towns instead,” said Tom Belshe, Executive Director of the League of Arizona Cities and Towns. “In 1972, Arizona voters adopted a statewide initiative to simplify Arizona’s tax code ensuring that cities and towns would never adopt an income, luxury or sin tax of their own in exchange for fifteen percent of state income tax revenues.  Cities and towns across Arizona rely on these voter approved local revenues to fund public safety which make up 50-70% of their budgets.”

“The current proposal being considered by the Legislature will force Arizona cities and towns to either cut public safety budgets in their communities or raise local taxes.  Mayors throughout Arizona unanimously oppose cuts to local public safety budgets,” concluded Belshe.

Support for tax cuts was higher among Republicans, 55.0% of Republicans supporting cutting income taxes compared to 34.9% of GOP voters who preferred investing in education and municipalities.  The other partisan segments were even more clear with 90.5% of Democrats and 74.5% of Independent and unaffiliated voters choosing “Investing more money into education and local cities and towns” over “Cutting income taxes.”  Rural Arizona preferred “investing more money” as well with 60.7% support with 63.5% of Maricopa County and 65.6% of Pima County following suit.

The survey results also demonstrated that a near plurality of the electorate is opposed to the budget proposal which includes the flat tax.  Unlike other surveys discussing the proposed budget, the latest poll conducted over the weekend places context around the flat tax and its implication on the state budget.  Tax cuts without context typically fare well, but when given the actual impact on the state budget, support declines significantly.

More importantly, when the $1.9 budget cut is placed into context on how it would impact local cities and towns and public safety, voters overwhelmingly oppose the flat tax plan by nearly a 3 to 1 margin.  In fact, 62% of likely voters oppose a budget proposal that would significantly reduce revenues for cities and towns.

As former Republican Governor Jan Brewer said this past week, “History has taught me that it would be imprudent to base a large, permanent tax cut, worth $19 billion over the next decade, on a snapshot of revenue and expenditure forecasts artificially bolstered by the federal largess.”

Peoria Mayor Cathy Carlat, President of the League of Arizona Cities and Towns said, “Local governments have the responsibility to provide the public safety that residents and businesses expect, while delivering the core services and infrastructure that foster continued economic growth and prosperity.  Cuts to the fundamental revenue cities depend on to provide these core services are a major concern to 62% of Arizona voters and to every mayor in every city in Arizona, therefore making it a  concern to every state leader. This is not a partisan issue; this is about preserving local funding that allows cities and towns to carry out their most important roles The League remains committed to partnering with state leaders on a mutually beneficial path forward,” concluded Mayor Carlat.

Belshe concluded, “The majority of the electorate joins local elected officials, Governor Brewer, and the growing chorus of people who have significant concerns with this budget and the impact it will have on the state.  Cutting income tax revenues to local cities and towns by nearly a third resulting in massive impacts to public safety is neither wise nor does it score any major points among the voters.  Those who try to push forward with this scheme do so at their own peril as they face Arizona voters in 2022.”

The N=400 survey was conducted among likely voters 5/20 through 5/23. The poll surveyed likely Arizona 2022 General Election voters who have a history of electoral participation and was balanced to model the likely turnout of voters across party, age, region, and gender.

The live interview survey of voters was conducted by HighGround Public Affairs to both landline and cell phone users.  The partisan advantage was set at +8% GOP based on previous midterm election trends, including the uptick in Democratic participation in past two election cycles combined with expected increase enthusiasm among Republicans in the Gubernatorial Election.  The margin of error is ±4.9%.

The HighGround team has built a reputation of reliable and accurate polling over the past dozen years – our research has been featured on Nate Silver’s 538, Real Clear Politics, Huffington Post, and many other publications.  Paul Bentz has been named back-to-back winner of “Best Pollster” by the Arizona Capitol Times.