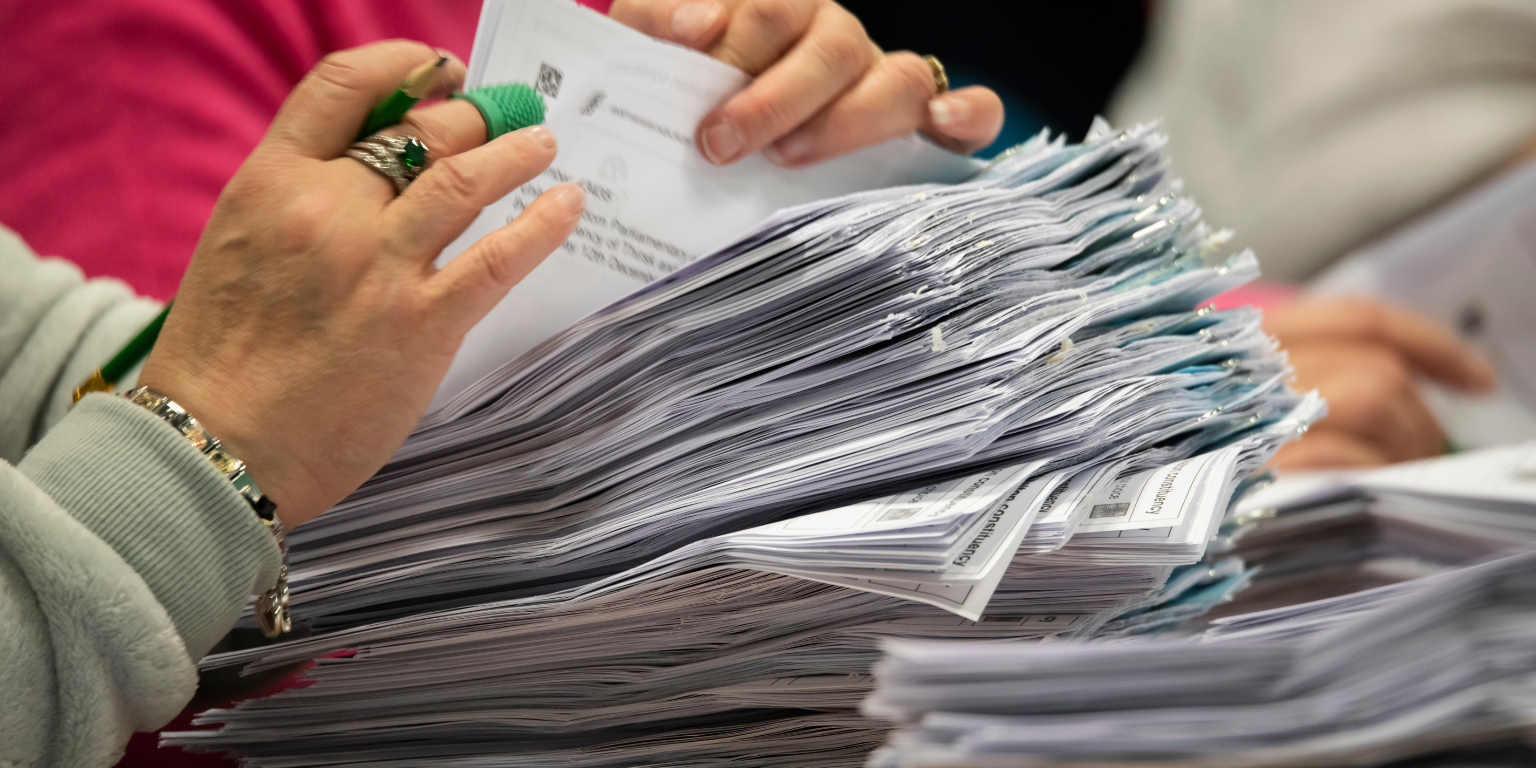 “The issues that Republicans are running on today – fraud and tax cuts – are not issues that a majority of the Arizona electorate supports,” said Paul Bentz, Senior V.P for Research & Strategy at HighGround, Inc., “As we pointed out earlier this week, a majority of the Arizona electorate would far prefer investments in education and Arizona’s cities and towns over tax cuts.  The same data set reveals that a majority of likely 2022 voters oppose the audit and less than a third of voters were willing to give the auditors passing marks for their work thus far.”

NOTE:  This survey data was gathered before the Pennsylvania-based IT company, Wake Technology Services, Inc. resigned on Monday further complicating perceptions of the audit and its professionalism.

Chuck Coughlin, President and CEO of HighGround Inc. said, “Similar to what we saw with the polling that we previously released regarding fraud and the November 2020 election, Republicans are on an island when it comes to this audit.  While it is to be expected that they would receive significant opposition from Democrats, this audit makes them face headwinds among independent and unaffiliated voters as well.  As we have said before, ‘never run the last election, run the election you are in now.’  This issue is an electoral cul-de-sac that spells trouble for Republicans in 2022.”

A majority of Republicans (76.9%) support the audit compared to 20.1% who oppose.  Democratic voters are overwhelmingly in opposition (90.5%) joined by more than two-thirds of Independent and unaffiliated voters (67.7%) opposed as well.  The opposition can also be felt throughout the state where opposition is 55.6% in Maricopa County, 53.1% in Pima County, and 56.0% in Greater Arizona as well.

“Campaigns are about ideas – not people.  Dwelling on the past is a dangerous proposition for the GOP’s electoral future. While new district lines will be drawn this year, it is critical, if Republicans want to maintain control of both chambers, they will need to be more competitive in areas where they have been losing since 2018.  The sooner they move on to talk about other issues, the better their chances of securing support of unaffiliated voters who are key to winning competitive districts and statewide offices.  The GOP down-slate ticket did not do poorly in 2018 or 2020, but they have lost two US Senate seats and a Presidential contest by running on issues and with candidates who were unable to appeal to the larger electorate. Continued focus on this audit or the fraud narrative will only serve to undermine their electoral success in 2022,” concluded Coughlin.

In fact, the polling demonstrates that voters are less likely to vote for a candidate who supported the audit.  Support for the Arizona State Senate audit moves voters about 10 points in the wrong direction which could spell electoral disaster for Republicans in swing districts which they will need to pick up to expand their one seat majorities in both chambers of the State Legislature.

In all, 59.8% of Republicans stated they would be more likely to vote for an audit backer, but their gains are likely outweighed by the losses from the other partisan demographics where 78.1% of Democrats and 51.1% of Independent and unaffiliated voters were somewhat/much less likely to support.  Candidates in Rural Arizona should also take heed that only 29.8% of voters were more likely compared to a sizable 53.6% who were less likely to support an audit backer.  Maricopa County was 34.1% more compared to 42.5% less while Pima County was 34.4% more compared to 40.6% less.

Paul Bentz said, “There will be a temptation for those seeking approval in their primary to run towards supporting the audit.  While that will be helpful in a solidly red district, those in swing districts as well as candidates in Greater Arizona may find peril in doing so.  There is no doubt that a mid-term 2022 turnout will lean more Republican, but the audit appears to mitigate advantages in this upcoming cycle that should otherwise be helpful to GOP candidates.”

As for the auditors themselves, former Secretary of State Ken Bennett and the Cyber Ninjas still have a way to go in convincing the Arizona electorate that they are doing a good job.  Less than a third of the overall electorate gave them an “excellent,” “very good,” or “okay” whereas 37% gave them a “poor” or “failing” grade.  Nearly a third did not have enough information to rate their performance.

Bentz concluded, “The electorate is giving the audit team a grade of a ‘D’ to a borderline ‘D+’ right now.  They will have a whole lot of ground to make up if you consider they were supposed to be done with their work by now. Combined with the overall opposition and the declining likelihood of supporting audit backing candidates, this is weak foundation upon which to build their 2022 platform.  GOP statewide candidates and legislators running in competitive districts will be swimming against the electoral tide if they continue to dwell on this issue.”

The N=400 survey was conducted among likely voters 5/20 through 5/23. The poll surveyed likely Arizona 2022 General Election voters who have a history of electoral participation and was balanced to model the likely turnout of voters across party, age, region, and gender.  The sample was provided from the internal voter database maintained by HighGround.

The live interview survey of voters was conducted by HighGround Public Affairs to both landline and cell phone users.  The questions regarding the audit were funded by HighGround as part of a statewide survey that tested other policy issues.

The HighGround team has built a reputation of reliable and accurate polling over the past dozen years – our research has been featured on Nate Silver’s 538, Real Clear Politics, Huffington Post, and many other publications.  Paul Bentz has been named back-to-back winner of “Best Pollster” by the Arizona Capitol Times.