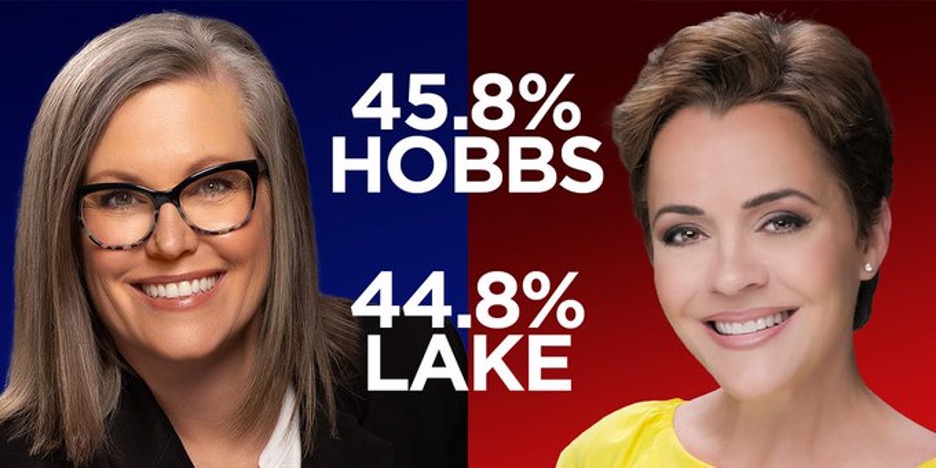 PHOENIX (3TV/CBS 5) — Arizona’s Family has partnered with HighGround, the oldest public affairs firm in the state, to take a closer look at the biggest races in this year’s midterm election and possible outcomes by polling voters.

Our team was in the field last week with a 500-person statewide survey testing several statewide offices and a handful of the ballot issues.  We are working with Arizona’s Family this week to roll out the data with the Governor’s race on Monday, Senate race on Tuesday, down ballot races on Wednesday, and ballot initiatives on Thursday.  Paul Bentz joined Good Morning Arizona this morning to discuss the survey.

Most of the races are tightening up and the Republicans are gaining ground as ballots hit mailboxes.

The Governor’s race is now a dead heat with Hobbs clinging to a one-point lead.  Turnout will be essential in this race – with Hobbs appealing to younger and independent leaning voters and Lake strengthening her position with 65 and older.

“It does not appear to me that Republicans are all that interested in winning Independents, which is why these races are so tight,” Bentz said. “At an eight-point Republican advantage, if Republicans were to split Independents, they would be walking away with this thing.”

The United States Senate race still shows Mark Kelly with a lead, but Masters has gained traction, particularly among older voters.  Continued economic slowdown combined with an effective tabloid newspaper may speak to some of his most recent success.  Kelly’s appeal has also softened among independent voters – though they haven’t switched to Masters.

“HighGround’s survey shows that Kelly’s lead among PND voters has narrowed to about five points: 39.5% to 34.6%, meaning he’s not getting as much support from Independents as he was before. Bentz adds that Masters has solidified his lead in the 65 and older category, similar to the governor’s race where a large percentage of survey participants in that age group said they would vote for Kari Lake over Katie Hobbs.”

Stay tuned for additional survey results throughout the week.