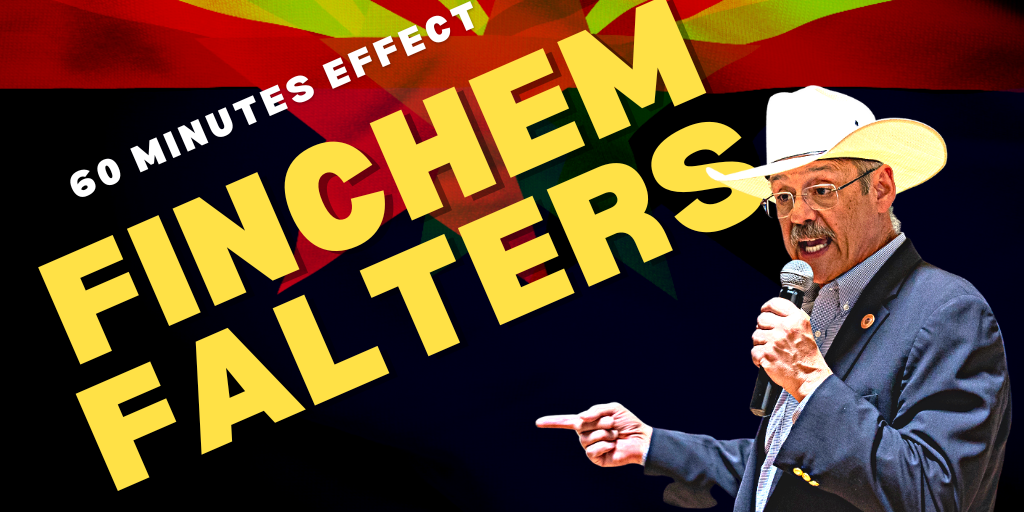 Republican midterm advantage bolsters most, but not all, GOP candidates

PHOENIX (November 4, 2022) – HighGround, Inc. released its final survey data of the 2022 election cycle today.  In the Secretary of State’s race, the poll revealed that Democrat Adrian Fontes is now leading Republican Mark Finchem in by 2.4-points (44.8% to 42.4%) while two other down ballot races continue to lean towards the Republican nominees.  Republican Abe Hamadeh is leading Democrat Kris Mayes 44.0% to 42.2% in the race for Attorney General and Republican Tom Horne is leading Democrat Kathy Hoffman 45.6% to 41.2% in his bid to return as Superintendent of Public Instruction.

These results are from the same survey that revealed that Democrat Mark Kelly holds a narrow 1.4-point lead over Republican Blake Masters and Republican Kari Lake now holds a similar 1.4-point advantage over her Democratic opponent, Katie Hobbs.  It is important to note that all of these leads are within the survey’s margin of error.

In the race for Secretary of State, Adrian Fontes has taken the lead with a 2.4-point advantage over Mark Finchem.  Earlier in October, HighGround’s survey research had Finchem slightly ahead with 42.2% of the vote compared to 41.0% for Fontes.  One of the key reasons for the shift in this race appears to be the undecided votes trending toward Fontes.

Also noteworthy is that Finchem received less than 50% support among the critical 65 and older audience and was the only Republican who did not have an advantage over their Democratic opponent. Finchem and Fontes are splitting that audience with 45.0% of the vote apiece Fontes also enjoyed the largest margin of any candidate in voter-rich Maricopa County with a 6-point voter advantage (48.7% to 39.7%).

“For the most part, Republicans have done incredibly well with seniors this year.  Since the start of the General Election cycle, it has been clear that they have been successfully courting this audience.  However, Finchem is not enjoying the same level of success as some of his fellow running mates,” said Paul Bentz, Senior Vice President – Research and Strategy at HighGround Inc., “We’re calling it the 60 minutes effect.  It would appear the increased media attention regarding Finchem and his positions on the election fraud and voting rights appear to have softened his electoral support.”

In the race for Arizona Attorney General, Republican Abe Hamadeh lead over Democrat Kris Mayes has narrowed to 2.2-points down from 5.2-points in mid-October.  Three weeks ago, HighGround’s statewide survey (October 12-13) had the race at 43.4% for Hamadeh and 38.2%         for Mayes.  Since then, Mayes has gained 4-points of support compared to 0.6-points for Hamadeh.

The survey revealed that despite the surge in support for Mayes, the former Arizona Corporation Commissioner still has work to do among independent and unaffiliated voters.

“Like we mentioned in the Governor’s race yesterday, independent and unaffiliated voters will make the difference a) if they decide to show up and b) make it down the ballot,” said Chuck Coughlin, President and CEO of HighGround, “While Mayes is not getting the same double-digit crossover support that both Kelly and Hobbs are getting, she is getting a respectable 7-points of Republicans.  At the same time, that makes it that much more important for her to connect with these unaffiliated and undecided voters. She can’t afford to have them skip this election.”

In the race for Superintendent for Public Instruction, Tom Horne has increased his lead over Kathy Hoffman to 4.4-points.  Early in the month, Horne held a 3-point advantage with 43.2% Horne vs. 40.2% for Hoffman.  Horne was second only to Lake with the total amount of support he received, though the intensity was not as intense.

Horne is the only Republican tested that was outperforming their Democratic candidate among independent and unaffiliated voters garnering nearly 41% support to Hoffman’s 35%.  A sizable 22% of these voters remain undecided.

Bentz explained, “This is another example how the midterm cycle benefits Republicans.  In lower information races like Superintendent of Public Instruction, likely voters will default to the Republicans while the undecided voters become increasingly likely to skip unknown races as they proceed further down the ballot.”

Coughlin concluded, “Strap in – this is going to be a wild ride.  Our data shows that it’s likely more than a few of these races won’t be able to be called on Election Night.  We’re likely going to have to wait until every vote is counted to see what happened.  At this point, every vote counts.”

The N=500 survey was conducted among likely voters 11/1 through 11/2. The poll surveyed likely Arizona 2022 General Election voters who have a history of electoral participation and was balanced to model the likely turnout of voters across party, age, region, and gender.  No weighting has been applied.  The sample was provided from the internal voter database maintained by HighGround.

The partisan advantage was set at +8% GOP based on previous midterm election trends, including the uptick in Democratic participation in past two election cycles combined with expected increase in enthusiasm among Republicans in the Gubernatorial Election.  The margin of error is ±4.38%.  For more information regarding the study, contact Paul Bentz at 602-528-3684.

The HighGround team has built a reputation of reliable and accurate polling over the past ten years – our research has been featured on Nate Silver’s 538, Real Clear Politics, Huffington Post, and many other publications.  Paul Bentz is a three-time winner of “Best Pollster” by the Arizona Capitol Times.